The body of work entitled My Tribe was created entirely in the last year, and it combines images and issues that have occupied Ilan Adar over the years, while creating an imaginary and fantastic world, yet familiar. At the center of the series is an imaginary tribe, a tribe of hunters that reminds us of natives from different primitive cultures. Drawing the figures with a type of ornamentation that covers the entire body is reminiscent of the Maori, the tattooed natives of New Zealand and the Polynesian Islands, but the characteristics also have features from Asia and Africa. What comes to mind, for example, are members of Sigalit Landau’s “tribe”, who lived and labored on the shores of the Dead Sea, from her exhibition "The Infinite Solution" (Tel Aviv Museum of Art, 2004), or the native tribe living on the Pandora moon in James Cameron's film "Avatar" (2009). Adar joins here an artistic and literary tradition that deals with the "noble savage", the native who enchanted Western man from the late 19th century to the present day. But the artist is not satisfied with nostalgic admiration, indeed he identifies with the subjects of his paintings and sees himself as part of the tribe. There is a latent desire here to turn the wheel back, to a simple and basic reality of life, on a human scale and with a strong connection to nature. Some figures in the paintings look like hybrids of man and plant (Fertility Wisdom), and other figures, winged like angels, may express a longing for the passing naivete in our world. Adar’s hunters hunt for their sustenance, engaged in necessary killing for survival, on a small and local scale, as opposed to widespread and mass killing, driven by economic, religious, racial, and other forces, which characterizes the modern age. The paintings are multi-layered; these can be interpreted as layers of history, or as a kind of illustrated documentation of the history of the tribe, as we find in the remains of ancient cultures. In the background are a kind of devices or integrated systems whose purpose is unclear, a kind of laboratory devices or interlocking tools, hybrid and surrealistic, with signs of modernity. It seems that Adar confronts here old and new, but even the new characterizes the industrial revolution more than the technological revolution of our days. The whole body of work seems to be a kind of prophetic vision, a warning as to the direction that humanity is taking in the 21st century, a direction in which the gap and alienation between human beings is widening, leading to the destruction of the social structure as we know it. 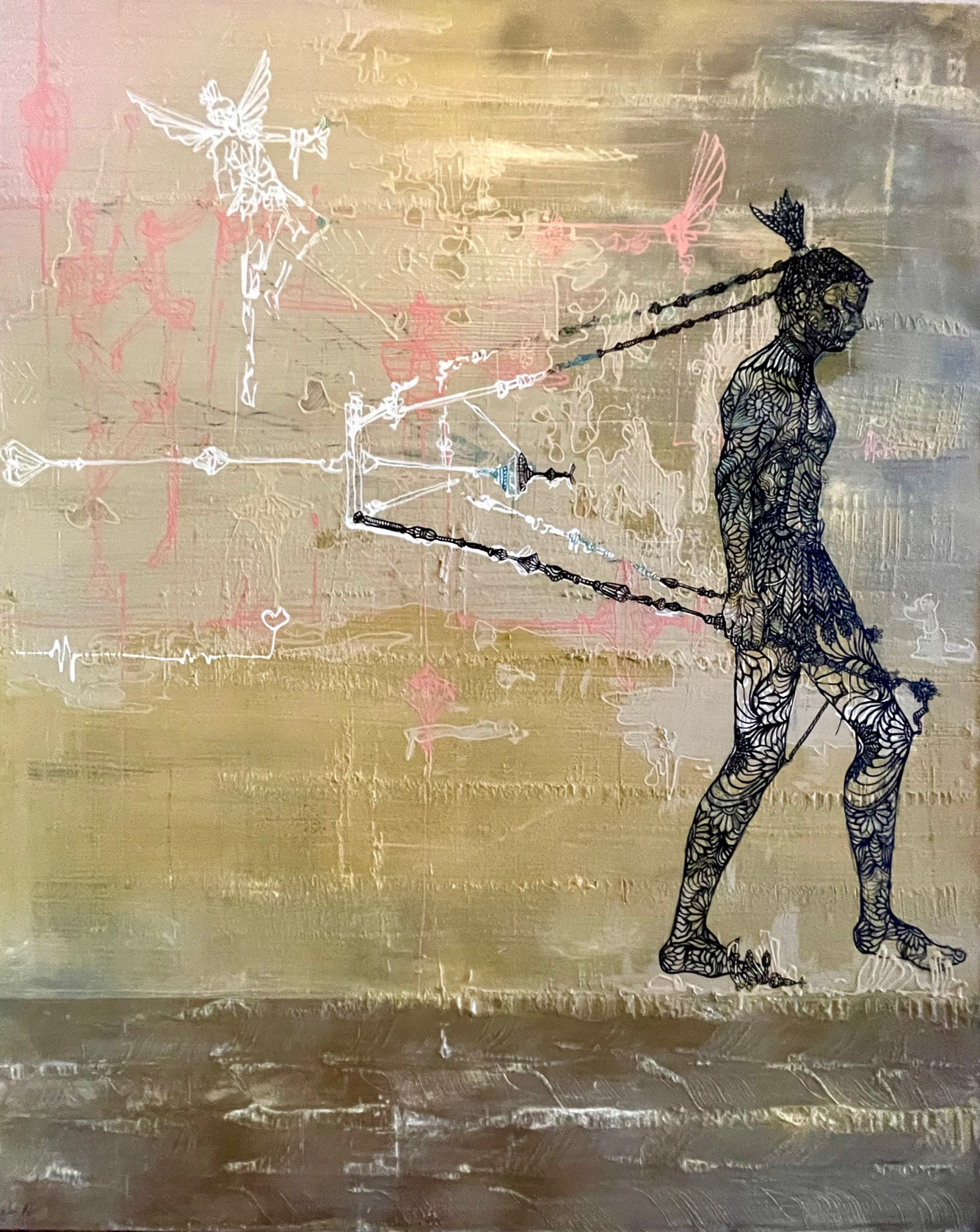 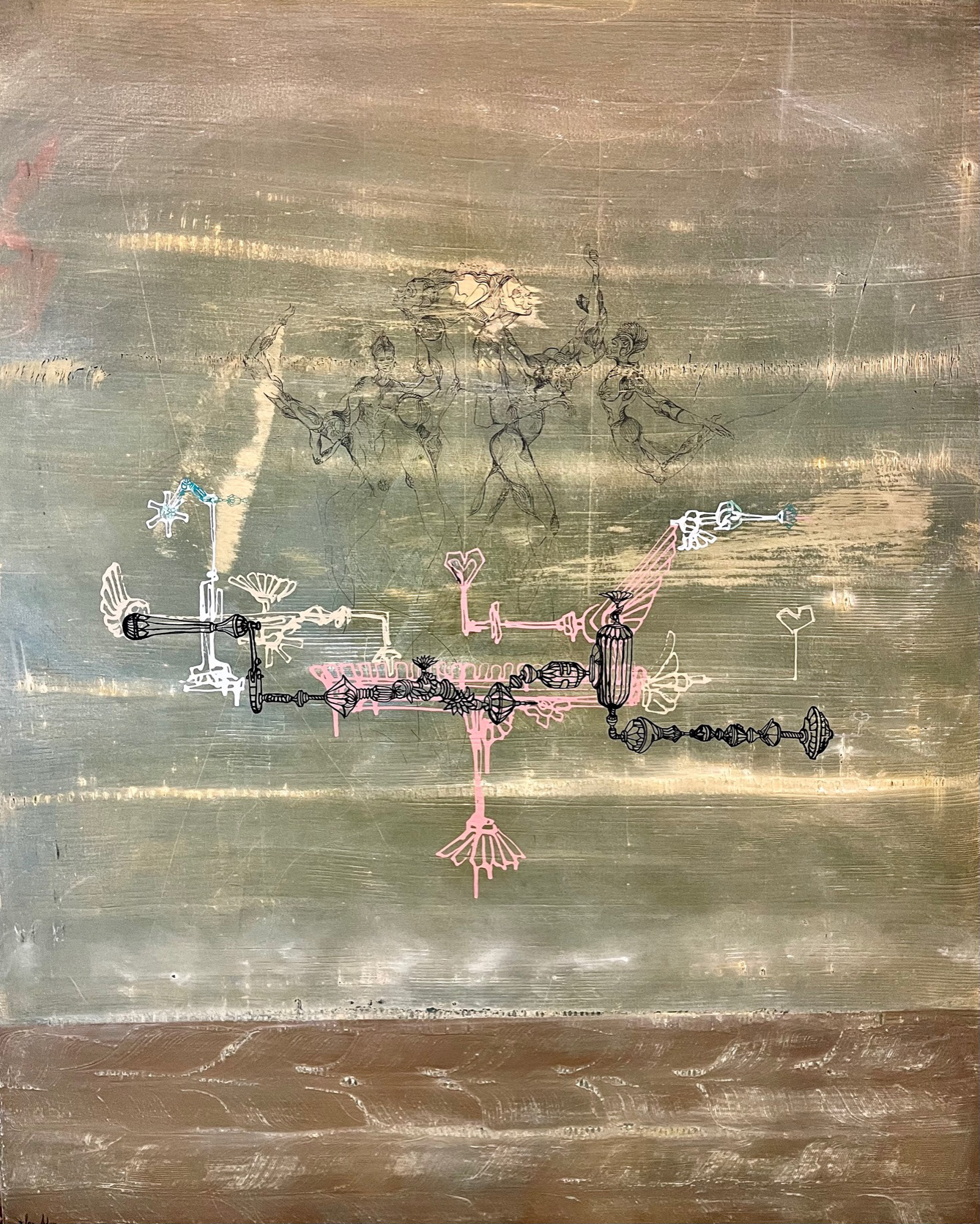 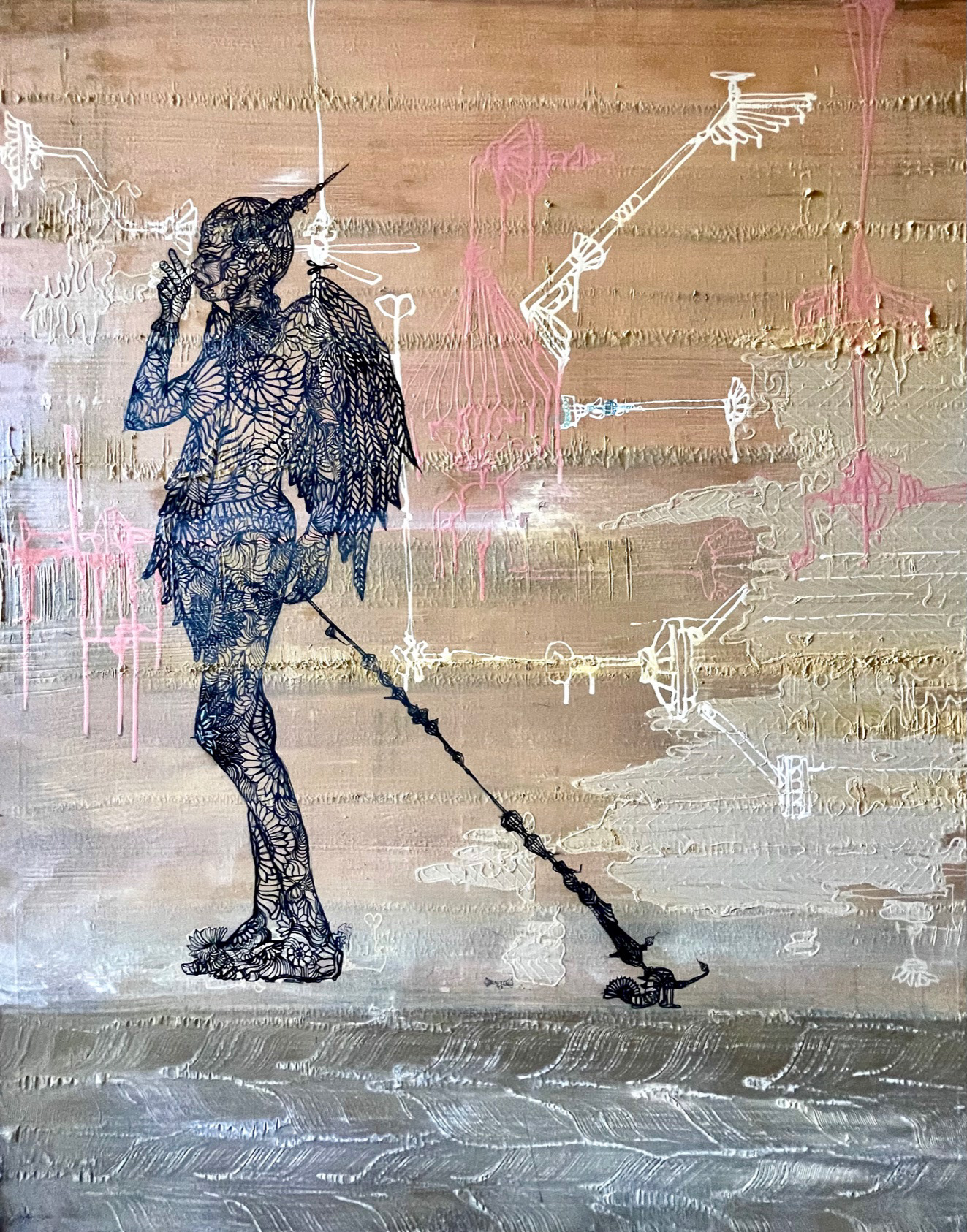 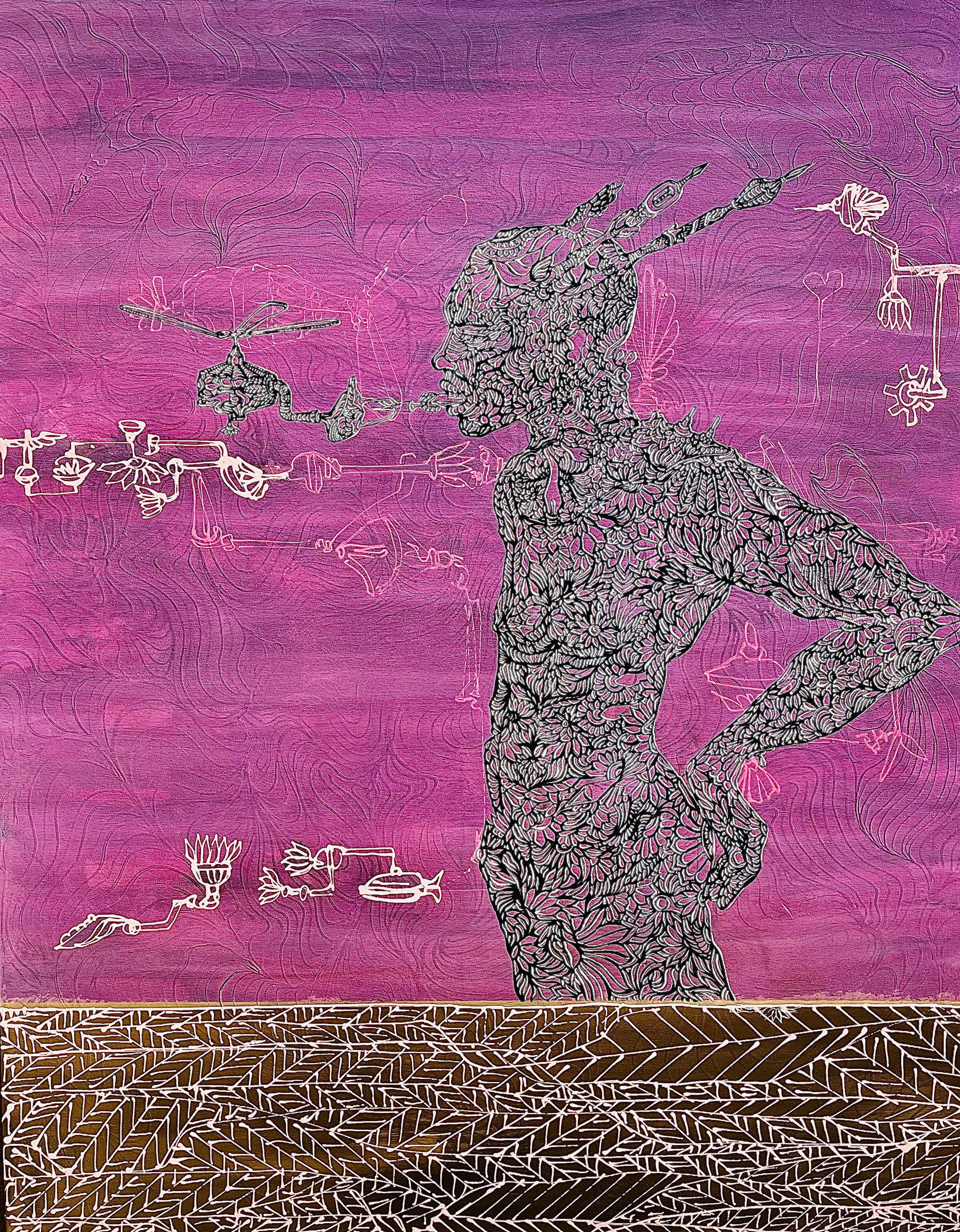 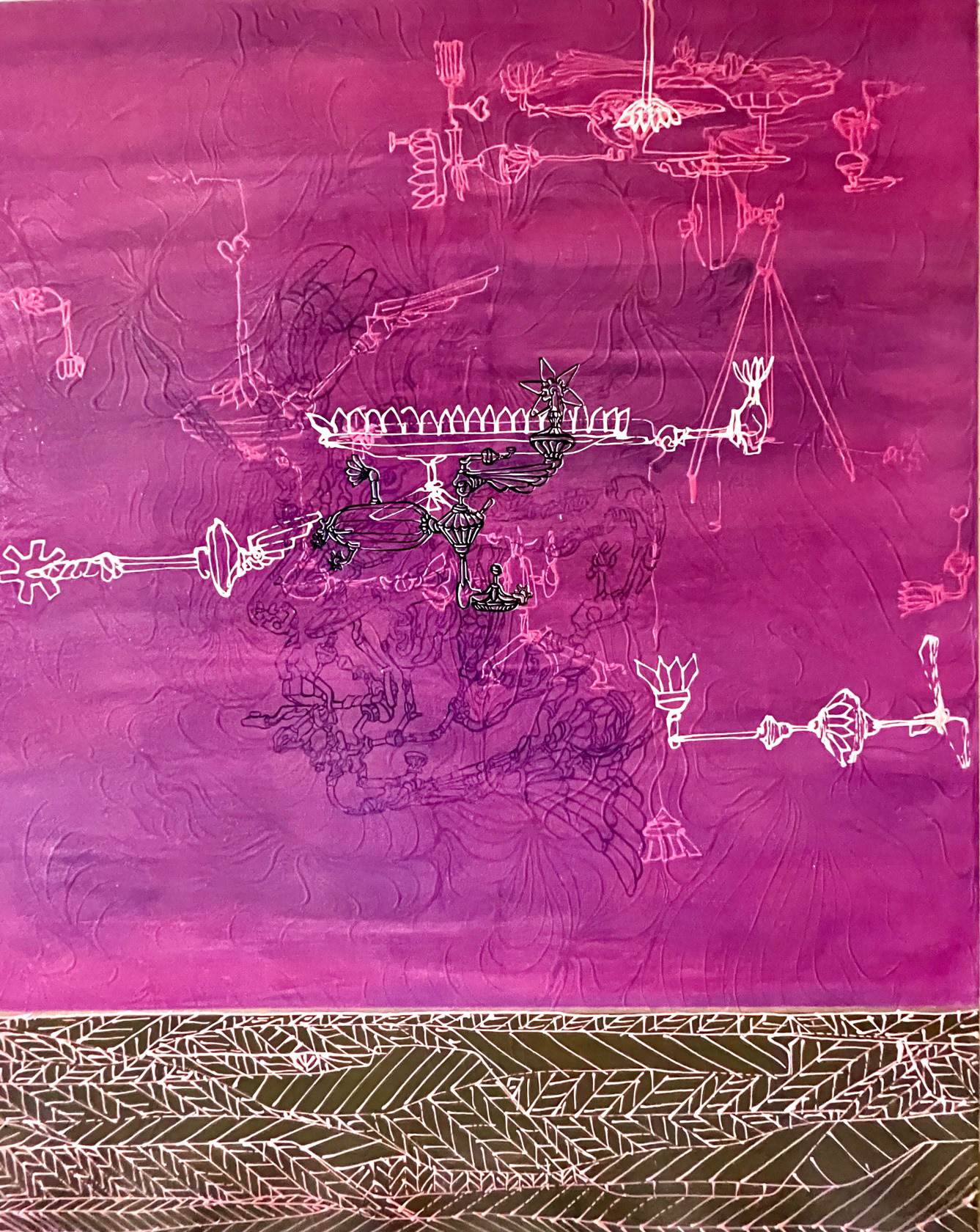 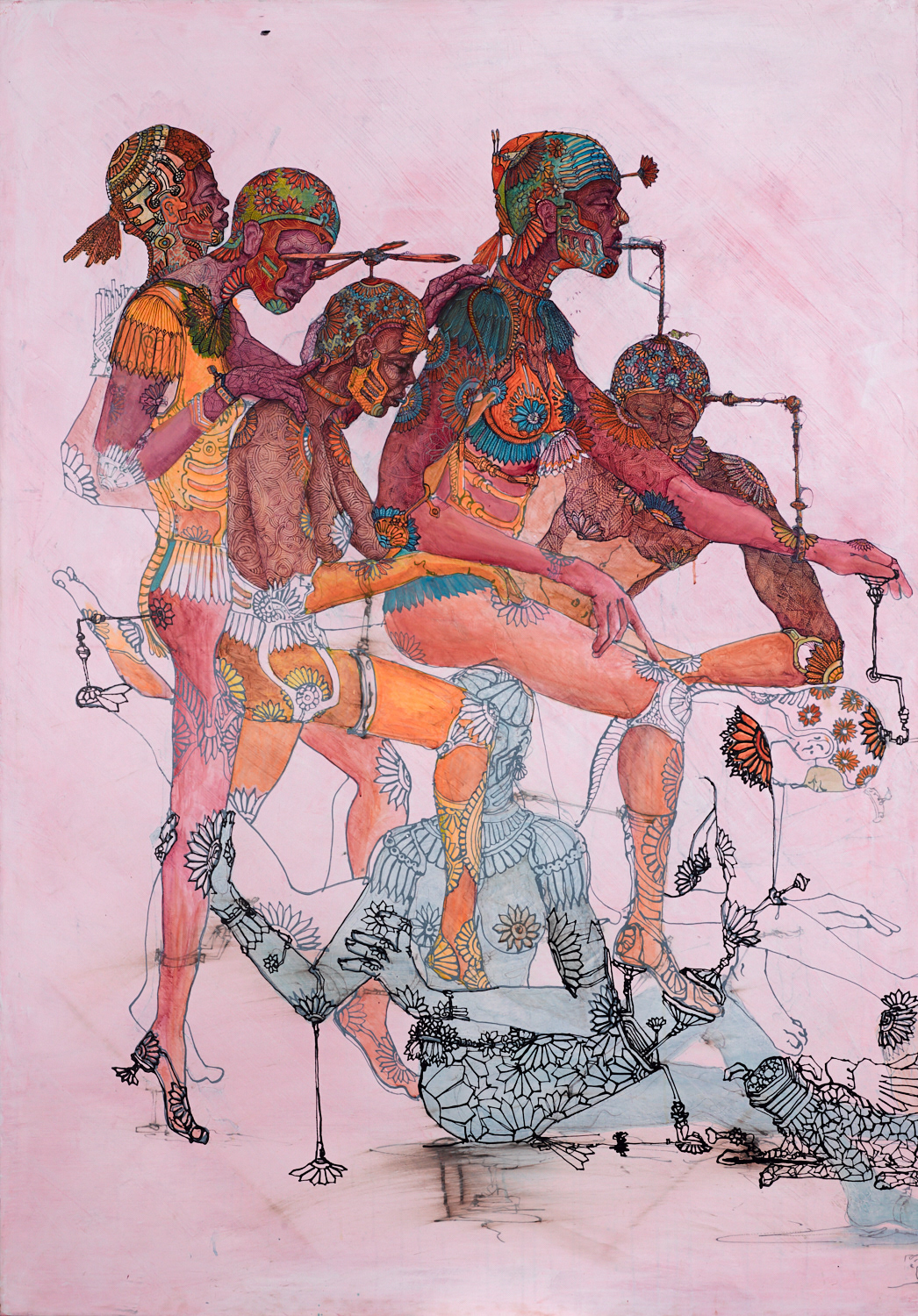 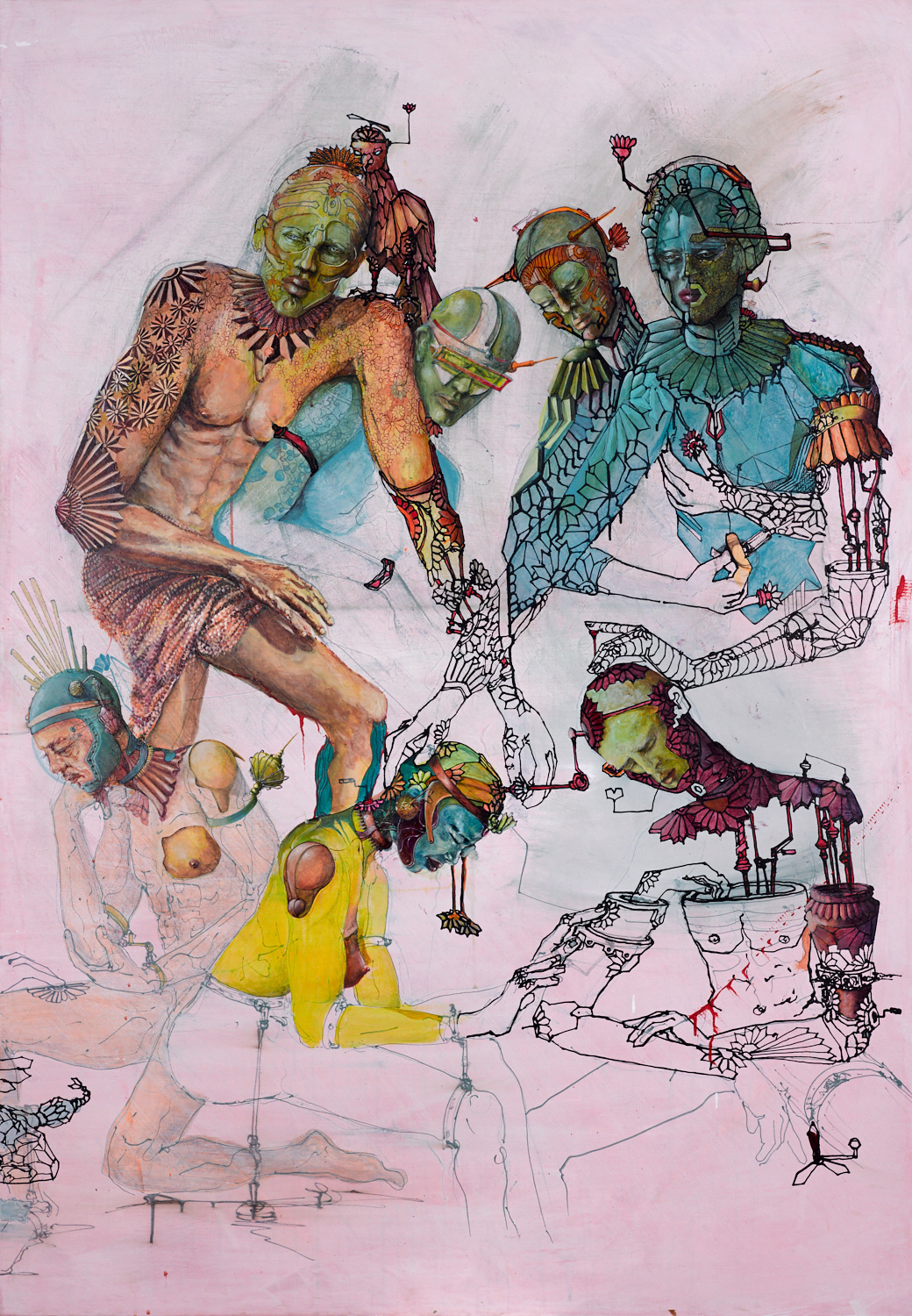